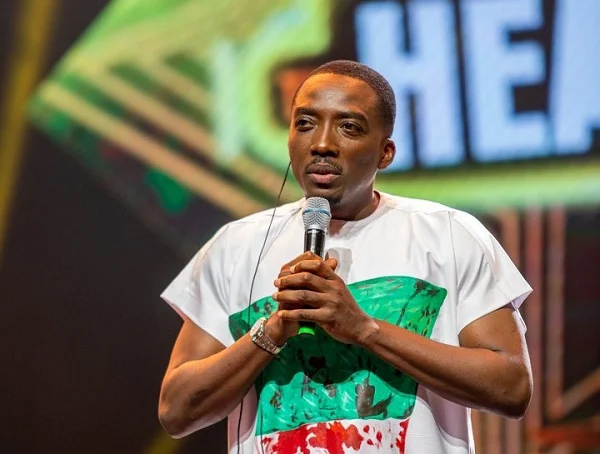 By Nwafor Sunday Four months after the EndSars protest organized by the Nigerian youths, which allegedly witnessed the death of many at LekkiTollGate, a popular comedian, Bovi Ugboma, aka Bovi, Sunday appeared at The Headies 2021 with a blood-stained #EndSARS outfit. The 14th edition of the Headies awards was held virtually due to COVID-19 pandemic. The live event, held at Eko Hotels and Suites, Victoria Island, Lagos, featured nominees with electrifying performance. Passing a silent message against police brutality, killings, maiming, extortion and man in humanity to man, Bovi rocked a shirt stained with blood. READ ALSO: #OccupyLekkiTollGate: Release protesters now – Rinu Oduala tells Buhari, Sanwo-Olu, Police, others The shirt which has Green, White, Green as it color symbolizes the Nigerian flag. At the night when #EndSars protesters were allegedly shot, Nigerian youths flaunted a flag allegedly stained with blood. Bovi’s action at the 2021 Headies was absolutely to pass a message of what allegedly happened that night. Obviously the winner of the best dressed at the #14thHeadies goes to Bovi.
Retweet if you agree pic.twitter.com/pnA8N6KzCk — Engr. Peter (@TweetbyGbolahan) February 22, 2021 Bovi deserves a million RT for the #endsars flag of 20/10/20
We haven’t forgotten and thar Desmond Elliott was there.

RT for others to see pic.twitter.com/LawuFJvnQz —